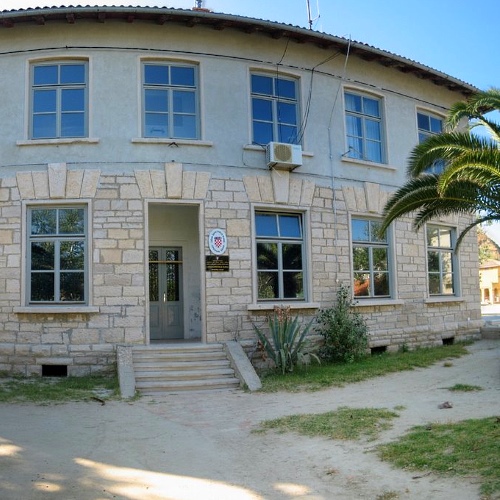 School building has been used as a reference point for describing location of a few other places (Post Office, Emigrants club, etc.). It’s a big yellow building in the center of the lower village. Apart from school, the same building also hosts harbor master’s office.

The school is run by a lady called Barbara, who also owns a restaurant in the upper village). Pupils here attend only the first four years, after which they have to go to Mali Lošinj for the other 4 years. After that they usually continue going to Mali Lošinj to high school.