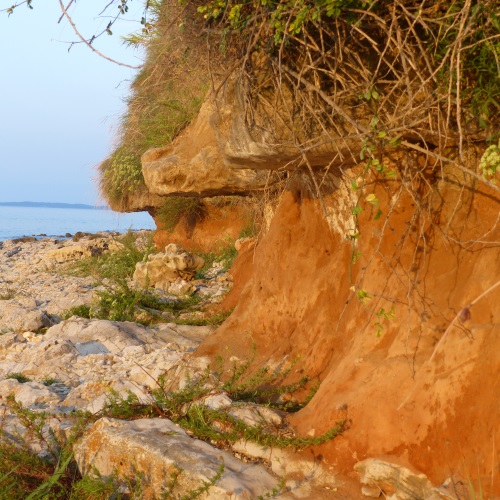 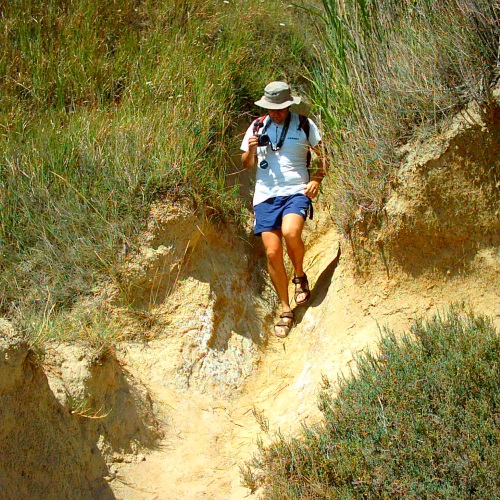 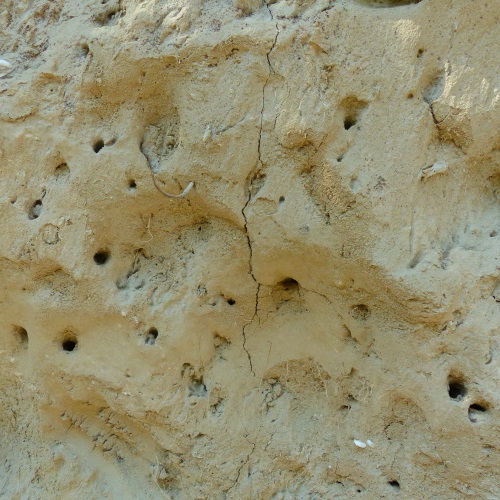 The island has a complex geological history, which the island unique in the whole Mediterranean. The limestone plateau is the base of the island, which is covered by thick two-layer sand deposits. There are still doubts on where this sand came from. One of the most plausible theories states that the first lower layer was supposedly deposited during the last ice age by the river Raša, although other theories indicate the river Po in Italy. Yellow fine sand, which covers the upper layer of the island, was brought by Aeolin alluvion (deposited by wind).

The limestone rock base holds this sand above the see level and by thus preventing it to be swept away by the see. The altitude of the plateau varies from one halve to 30 meters. Dust/sand deposits form cascades supported by reed which grows on their edges. These cascades are not natural formations, but were rather created by farmers who used them to grow vegetables and vine. They also came up with the idea of planting reed on the edges, in order to prevent or at least slowed down the erosion.

The island is 3 km long (1.86 miles) and 1.5 km wide (0.93 miles), has circumference of 12 km (7.5 miles) and a surface of 3.5 km2 (1.35 square miles). Due to the limestone base, the coastline is mostly made of stone, with the exception of a few beeches which covered with pebbles or sand. The depth of the see around the island varies: on the side of the island facing the mainland the bottom is shallow and covered with sand. On the other side of the island water is much deeper, while the bottom is predominantly rocky. One of the most interesting bays it called Obis, which is characterized by vertical coastline and cliffs dropping directly to the depth of 20-30 meters (35-100 ft).