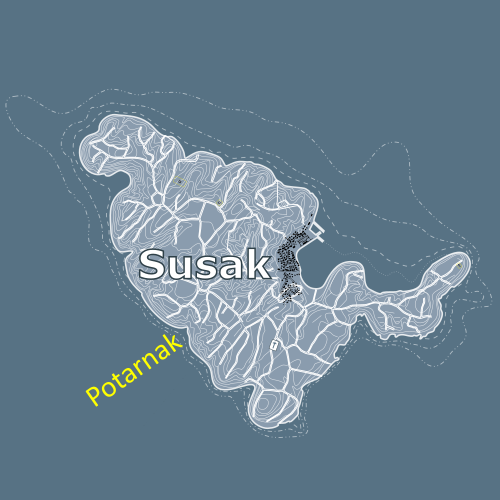 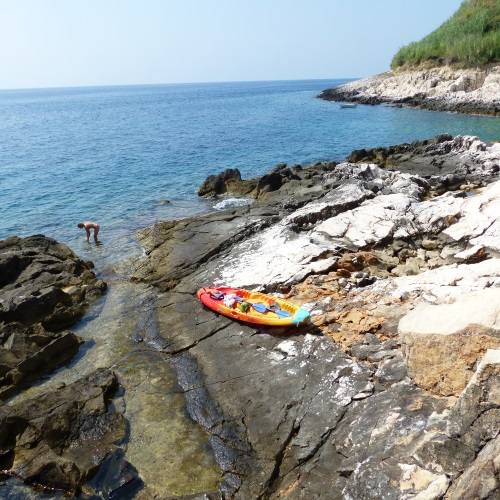 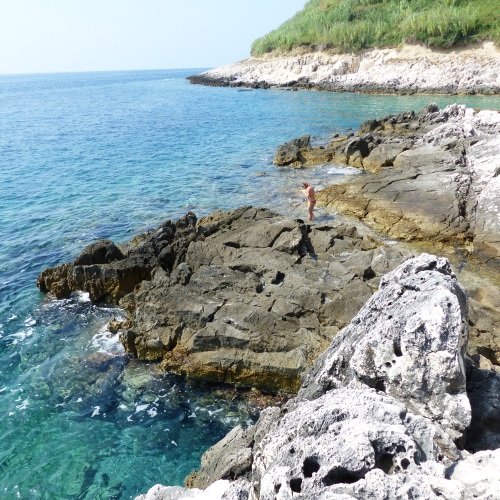 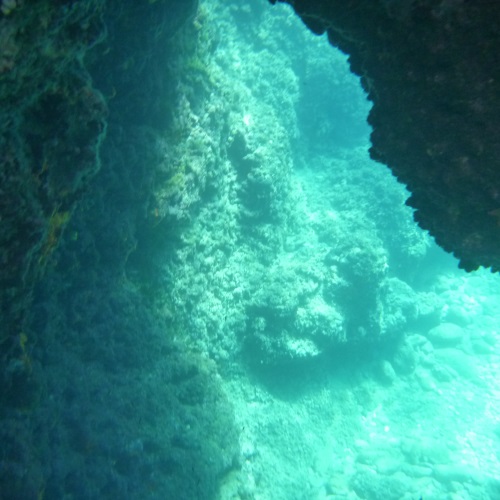 Potarnak is a small rocky cove most of which is covered by black tar. However a few meters left and right from the cove there are nice rocky shelves created when this area was used as a quarry. The thing which makes this cove interesting is it’s bottom. It’s full of interesting cracks and holes. On the left from the cove there’s even an underwater tunnel, in which there’s an air pocket in which you can dive out. A really great place for snorkeling!

Be careful though because the rocks are razor sharp.