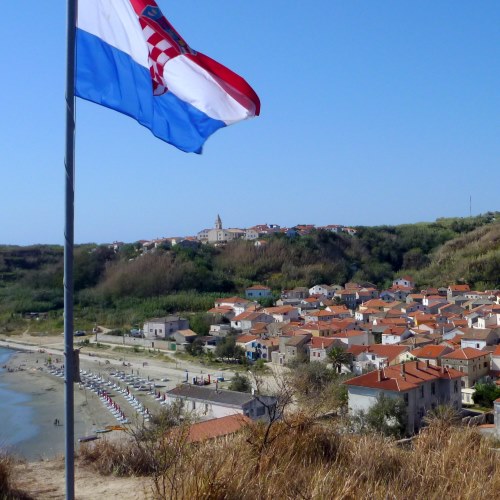 The end of communist regime in 1990 marked a turning point in history of this island. People who have emigrated, once again could freely return to their island. However, due to the fact that most of these people still had jobs, families and their whole new lives in the United States, almost none have returned for good. The ones who have were retired, and have chosen to spend their last days on the island where they were born.

Today only about 200 people live on the island the whole year round. With a few exceptions of younger, most of them are retired. The life on the island goes on in cycles. During the winter it’s almost deserted, while at the peek of the summer season there are as much as 2.000 people living on the island.

On the island there’s a post office, a carpenter, two grocery stores, an elementary school, a lighthouse, one church and two chapels, a cemetery, an infirmary, a few restaurants and bars (see eating and drinking), vine cellar and that’s about it!