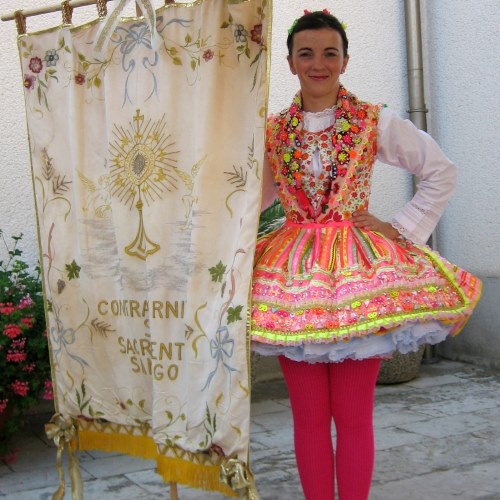 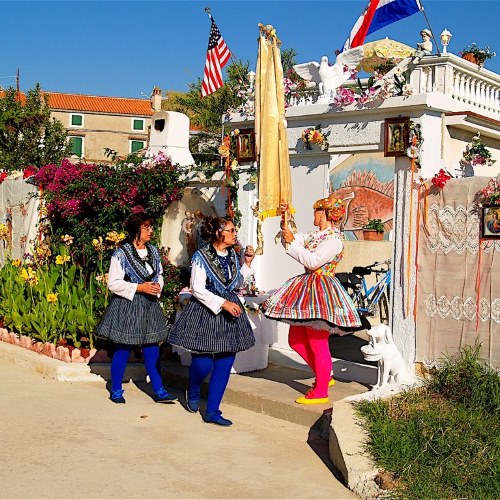 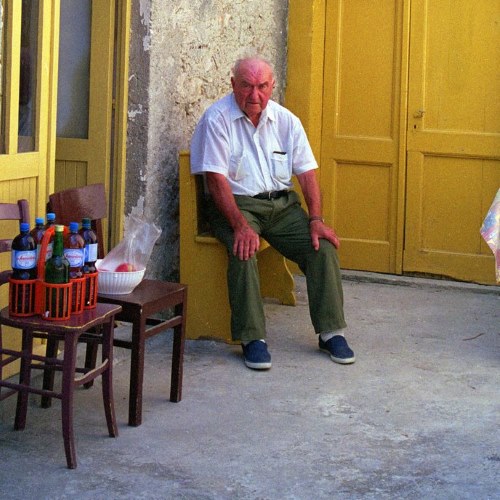 People of Susak are very proud of their language and tradition. Despite the efforts to preserve them, they are both are being diluted by dominant culture and will for sure be lost in a couple of decades.

Language spoke among Susak people is a dialect of Croatian. It’s a blend of early Croatian mixed with languages brought by different nations who ruled the island through history: Italian, French, German. Due to great distance from the mainland, Susak was an isolated environment which enabled people to develop and preserve a unique language and culture. The dialect spoken on Susak is so different from the standard language spoken in mainland Croatia, that it’s virtually impossible for a Croatian tourist to understand any of it.

The Susak dialect is still alive and spoken in the Susak community in United States. Unfortunately it is not passed on to younger generations. Second and third generation of ancestors of original Susak people usually speak only English.

Wherever you meet them, there’s one thing which undoubtedly distinguishes islanders of Susak or their descendants - it’s their last names. There a few typical Susak last names, which you can’t find anywhere else. During the past people have been changing the way their last name is spelled, depending on the state which held Susak at the time (Italy, Austria, Croatia). As a consequence, some names have up to six variants of spelling. Here’s a list of them, where first a Croatian version is given with variants listed in parentheses: